When you are young the world can seem like a scary place and life can seem almost an adventure too large to navigate. However, these years should be dedicated to living as full and enjoyably as possible. For millennials and young people all over the world there is a major incentive to move to the ‘hot spot’ cities in the United States. Why? Well, the way we pursue careers and entertainment has changed so dramatically over the past couple of decades. In order to help this young generation find a place to live we decided to pull together the top 12 cities for millenials to move to. Keep on reading and get your cheap flight ready: it’s time to start an adventure.

We could probably populate the majority of this list with great cities in California but we’ll settle with starting on San Diego. San Diego is a cheap ticket to a city with a view in every direction. You are only a few miles away from the beach and the mountains at all times. Beautiful nature isn’t all you’ll be enjoying here, however, as San Diego has a thriving ‘hip’ culture. Perhaps due to the great weather and liberal leanings of the population more people commute by bikes and by their own feet than anywhere else in the state. Delicious food is on every corner and there are multiple thriving industries for career minded individuals to leap into. If you want a city hot spot to hang in that offers career opportunity, culture, and beautiful weather then you pretty much have no choice but to make your hotel reservation now in order to scope San Diego out. 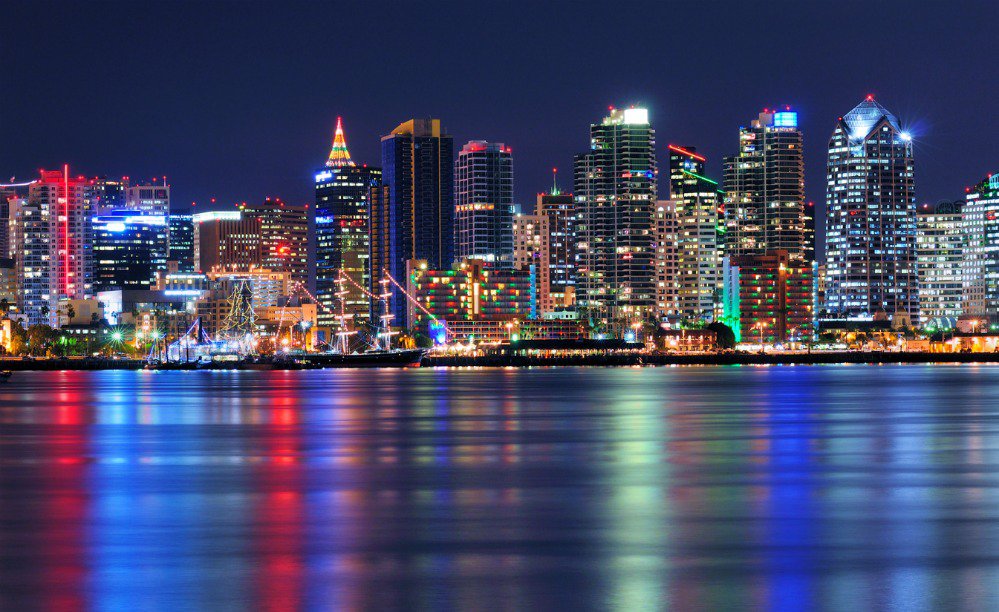 Whether you want to book hotel reservations for a week long getaway or for a trip to scope out the area, Denver is well worth your time and attention. Denver, Colorado should appeal intensely to those interested in an outdoors-y city with riveting views and friendly, down to earth people. The Mile High City typically gets more than 300 days of sunshine per year and you can put each one of them to the test by getting out and about. There are almost 80 miles of trails within the city for you to jog, bike, skate, or walk on. When you are done getting in shape you can try one of the 40 different breweries within the city limits. Amazing sports teams are a great distraction when you don’t feel like taking in nature or heading to one of the many delicious restaurants in the area. 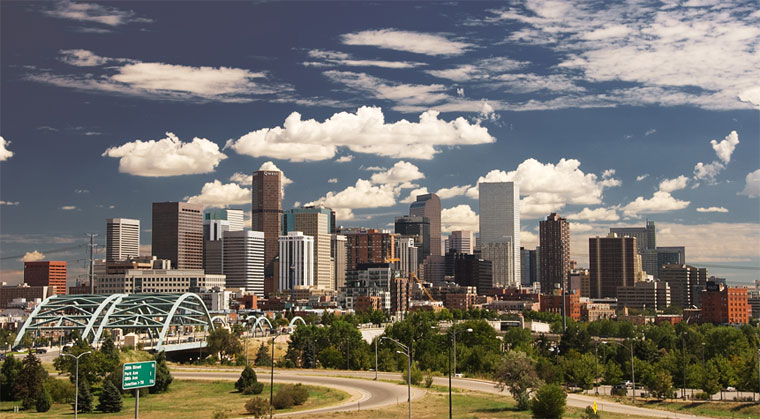 The young people that have flocked to Portland over the past decade know that they have it good and perhaps that is why they don’t mind being made fun of. Portland has been spoofed and made fun of in pop culture quite often with the TV show Portlandia most accurately skewering the city. Portland is considered a haven for free spirits who want to dive into the hipster/hippy lifestyle. We’ve got news for the cynics out there: this city’s changing landscape isn’t a fad. Youngers looking to move to a hip city with an organic and mind/body positive vibe need look no further than Portland. Sure the weather is questionable, with consistent rain, but it also never gets very cold or very hot there. Residents of the city always have a new organic home brewing festival or farmers market to go to and the natural wonders around the city aren’t too shabby themselves. Give it a shot and you might end up home brewing your own kombucha while decked out in your favorite flannel t shirt. 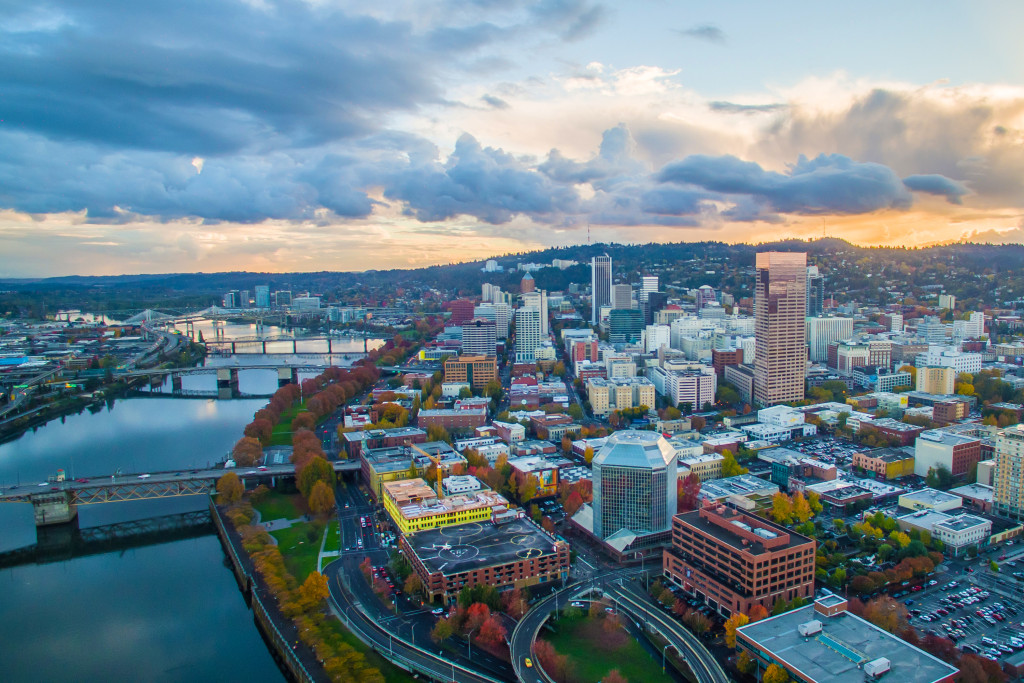 We find that Memphis appeals to the young soul in all of us. We’ll dig into the vast art and cultural scene here in a little bit but first we have to admire the brass tacks of the city. Memphis has seen a huge rise in young people relocating to the city ever since they began to focus on revitalizing Memphis’s expansive downtown area. New career minded individuals will find their starting salaries in the neighborhood of $45,000 at the high end and unemployment is low enough to make this a promising prospect. Looking past pure income we can glance at housing and see that single person apartments will only run around $600 a month — impossibly great rates for people looking for a city feel on a rural budget. Memphis is also notoriously proud of its music scene and many national acts are born in the bars around the city. 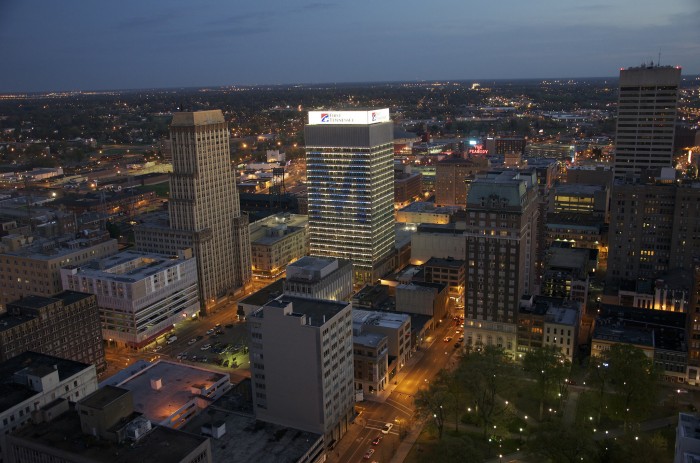 For some reason Atlanta remains one of the most overlooked big cities in the country. Still, ‘Hotlanta’ is becoming a prime spot for the film industry thanks to the growth of mega-franchise The Walking Dead. Not only is the art scene exploding in Atlanta but it has become easier and easier for young people to move into the city and find a career. Average starting salaries for career minded professionals clock in at close to $50,000 and you’ll be able to put that money to good use all over town. With great weather, enjoyable major league sports teams, and a thriving downtown scene Atlanta can safely say that they have it all. Oh, and Atlanta is also one of the most literate cities in the country, too. 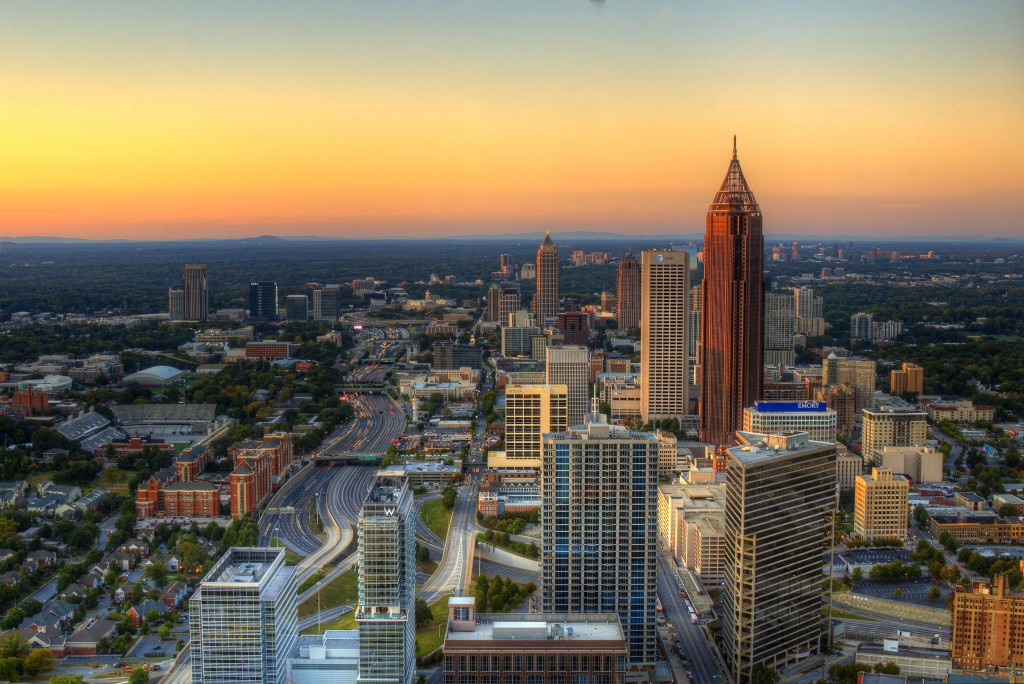 Don’t let national news fool you: Chicago can be a great place to live for young people looking for a bit of everything. Chicago is the third largest film industry in the country, the second best theater city in the world, and home to several storied sports franchises. The city of Chicago offers gorgeous summer time lake front views only footsteps away from a vibrant city culture that offers delicious food and entertainment galore. Chicago is filled with gorgeous parks and the well connected public transportation system, headlined by the Metra, makes it easy to get where you want to go. The city is connected and young professionals can get as much, or as little, out of it as they want. Winter is hard but beautiful at the same time. 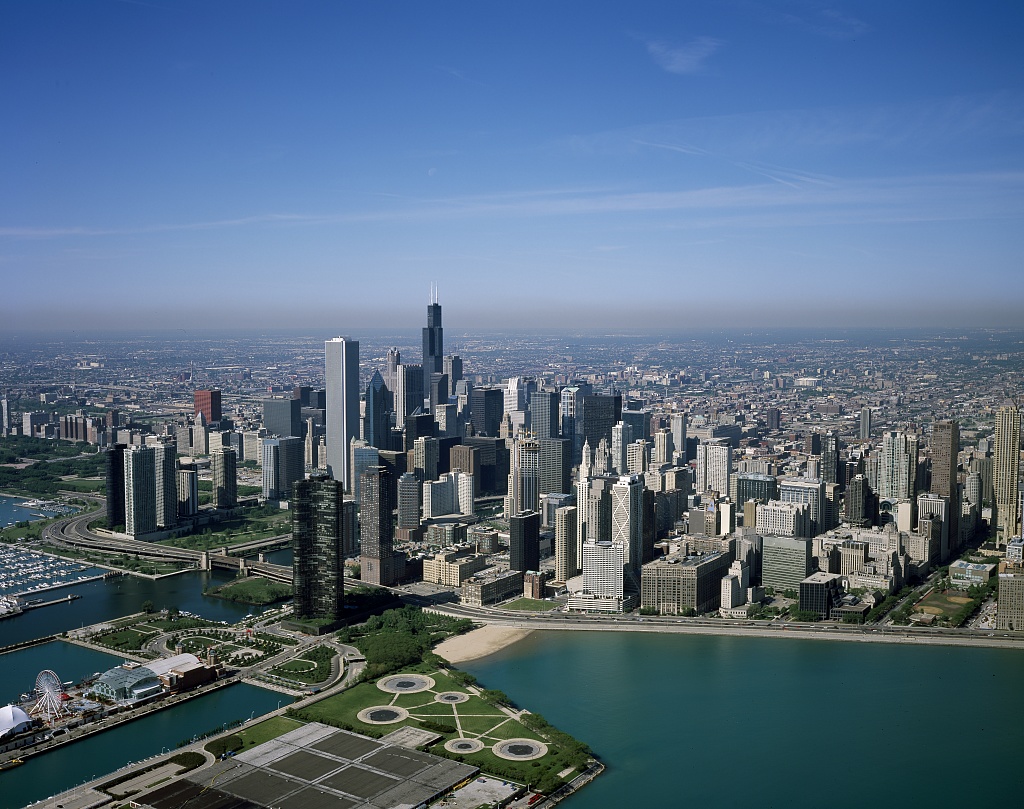 Boston is one of the oldest cities in the country but it also has the youngest populations in the states. The median age of a Boston resident is just 31 years old and this is due in large part to the fact that Boston is, inside and out, a college town. Boston is webbed with affordable and accessible public transportation and the old city feel is so appealing that you’ll routinely be floored by the various neighborhoods. Rent is higher than average but if you want to have your fingers on the beating pulse of a young city then Boston has to be your go to destination. Plus, you get the Red Sox and Patriots — what could be better? 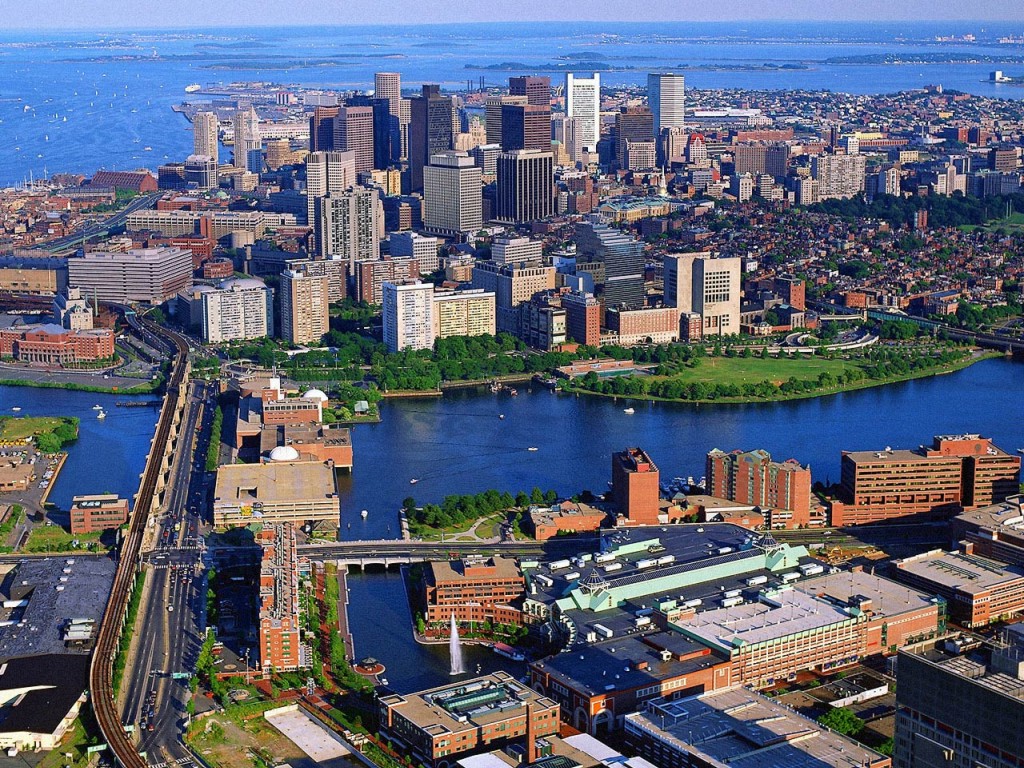 Madison is a tiny gem out in the Midwest. The city is ultra affordable to live in with cheap rent and low unemployment. There is plenty to do downtown and breweries are constantly popping up. Madison is filled with Midwestern charm but still big enough to scratch that city slicker itch. Summers here are nice and hot and winters get cold and filled with snow. Beautiful college campuses and delicious food await you. 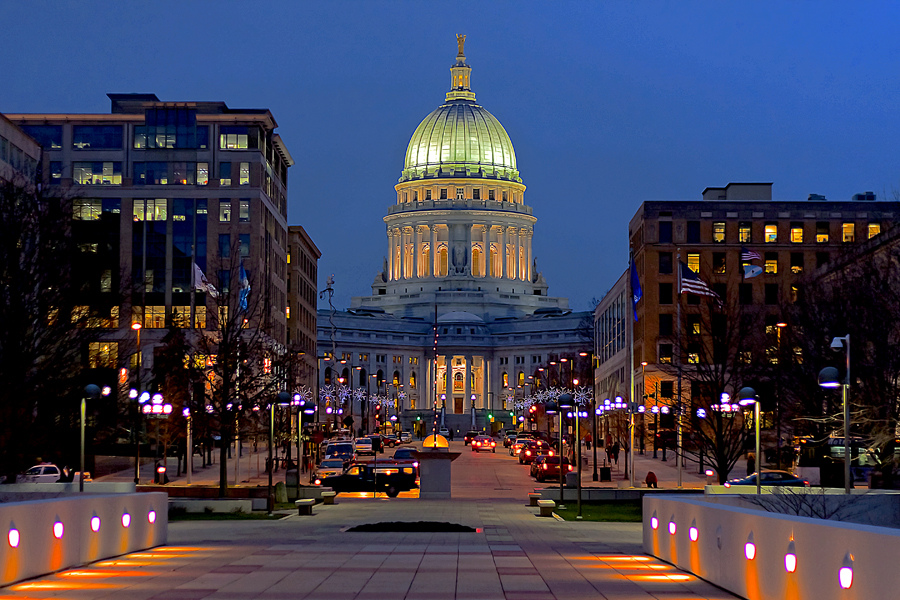 Seattle is one of the greatest cities in the country for young people to settle into. The lower unemployment rate and cheap utilities help translate to a city that makes for a perfect landing spot for people who need a change. The food here is incredible and the natural beauty inside of and surrounding the city is almost beyond compare. You also get one of the most exciting and passionate sports fanbases in the world as your neighbors. Go cheer on the Seahawks then take in some amazing food afterward. 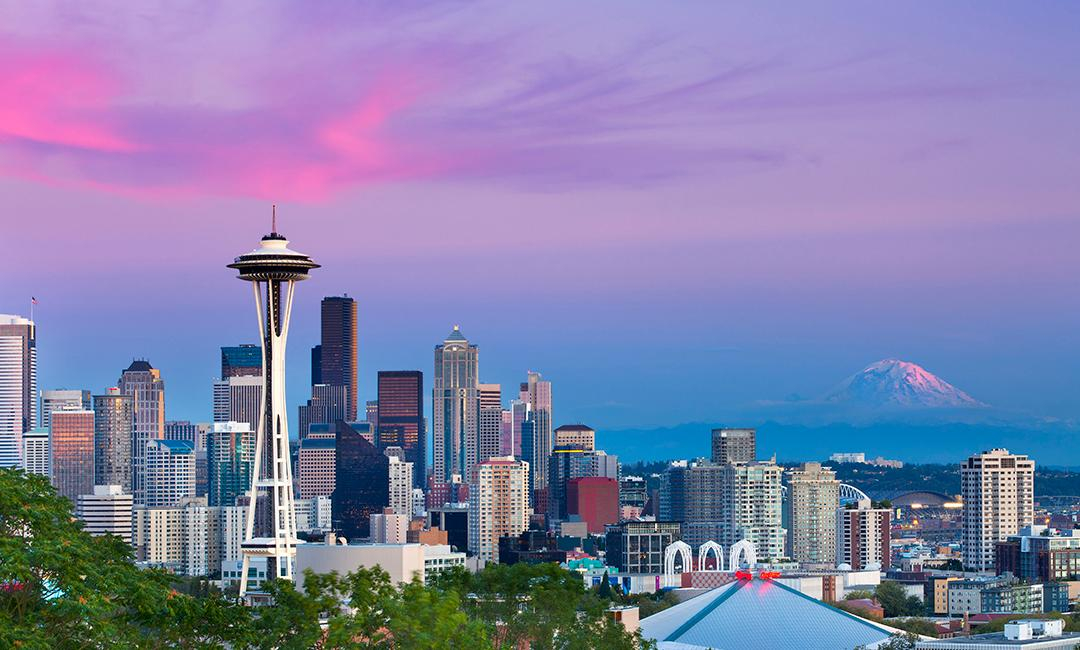 Listen, you may have no political aspirations but that doesn’t mean Washington D.C. isn’t for you. Washington D.C. offers you a beautiful city teeming with history. Public transpo can be frustrating but you’ll be able to get all over the city with a little bit of effort. This is a literate town full of ambitious and literate professionals who create the world of tomorrow. Rent is affordable and it is an ideal place for singles to settle down in. The bar scene is also surprisingly good, and elevated at that. 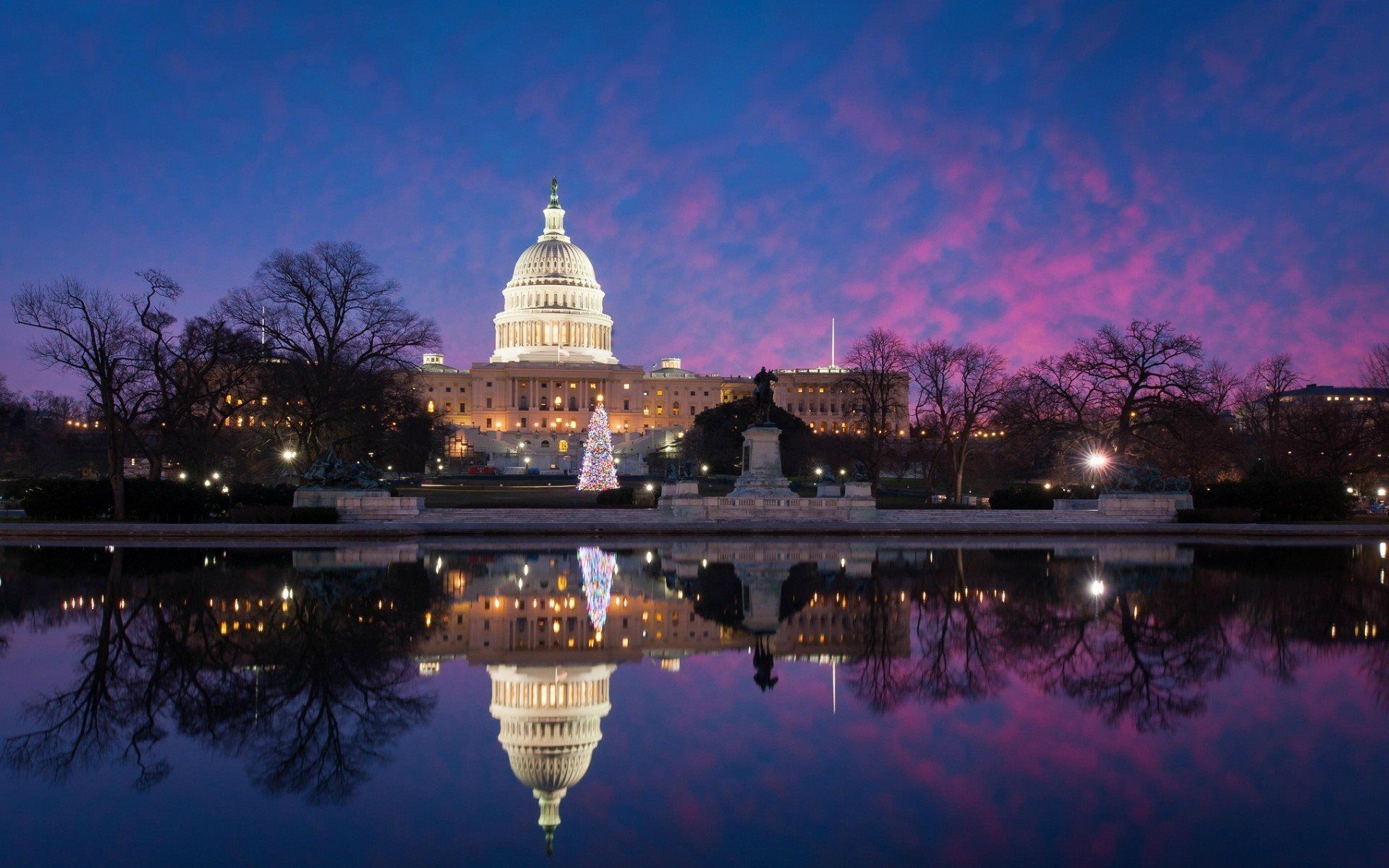 Texas may not be your stereotypical hot spot for young people trying to find a home, but it should be. Austin, Texas is home to a city where different industries are constantly flourishing. Professionals with degrees can find high paying, quality careers in both government and the tech industry. Austin also ranks as second in the country in terms of employment. There is a growing music scene, cheap food, and quality entertainment down town to enjoy. Don’t let southern stereotypes keep you away from this young and hip city. 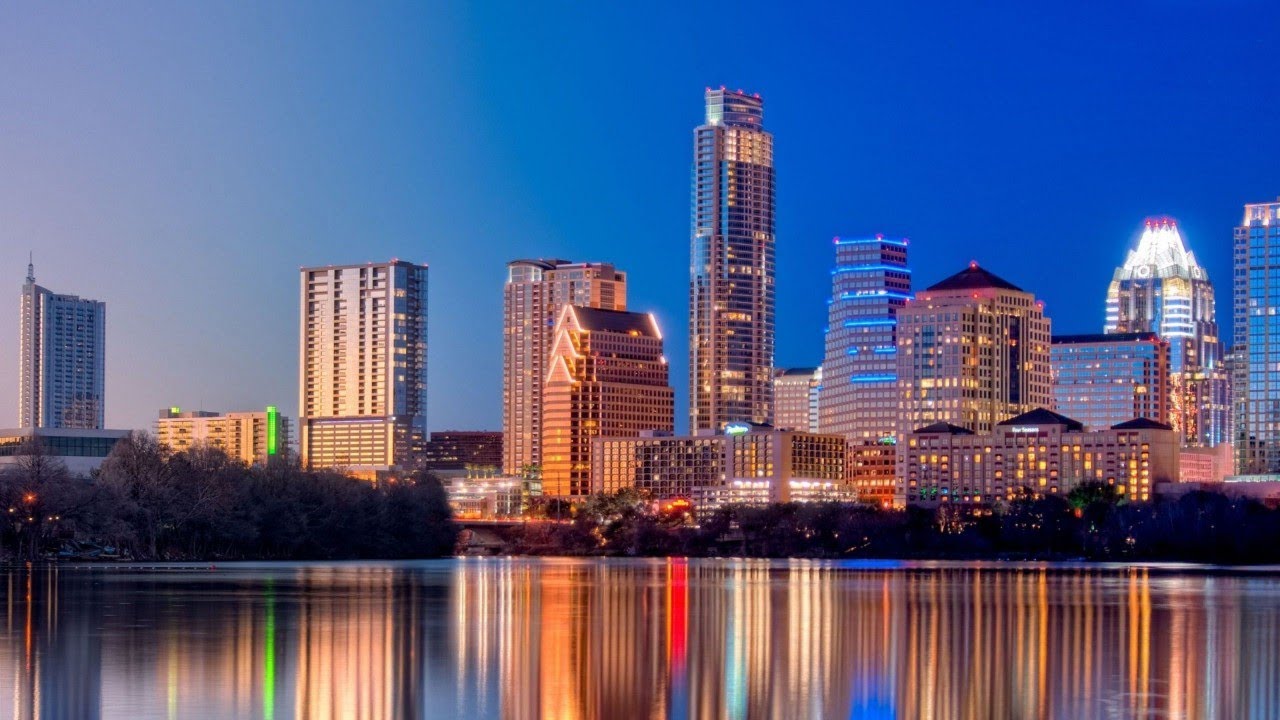 If you were born in the sticks somewhere then you’ve probably dreamed of moving to New York, the Big Apple. While it may be a cliche to want to move to Ne York, the reality is that it might just be worth the hassle. New York is a hip town that is easy enough to traverse, full of literate 20 somethings, and more than teeming with culture and entertainment. Brooklyn and Queens are more affordable places to live but if you can get a couple of roommates than it should be easy enough to find suitable living. It’s well worth the effort as you’ll be encountering one of the greatest cities in the world. From Broadway to the Yankees and all the way back to Times Square — New York is a place of wonder. You’ll need to be tough, though, as the city has a tendency of chewing people up and spitting them back out. 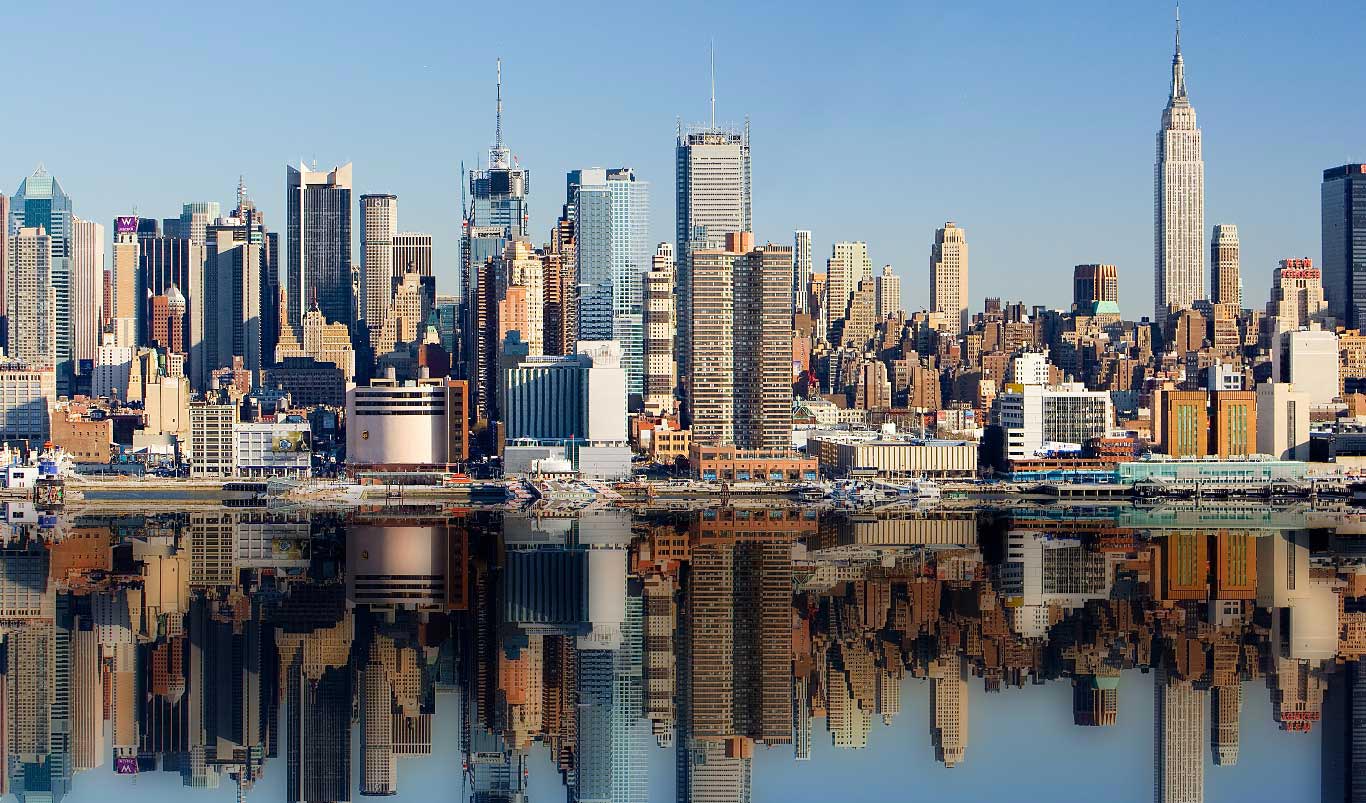 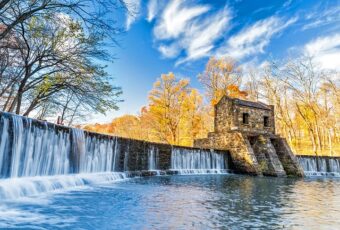